8 LGBTQ Nonprofits Your Craft Guild Can Donate To This Year

By Mathew Boudreaux, AKA Mister Domestic

Spring is a time of transformation and planning. It’s also a great time for your craft guild, quilt guild, weaving guild, or maker guild to update the nonprofits it supports.

As a queer crafter who has experienced homelessness, addiction, and multiple sexual assaults (just to name a few) in my past and been in very real need of assistance where there was none to be found, I can’t stress enough how important these organizations are for LGBTQIA+ people who are often shunned or separated from their families and communities of birth. Having unconditional support can mean the difference between life and death for many queer folk, myself included. So whether your guild is making quilts, volunteering its time, or donating to them, here are some of my favorite national and international LGBTQ+ nonprofits you can support this year. 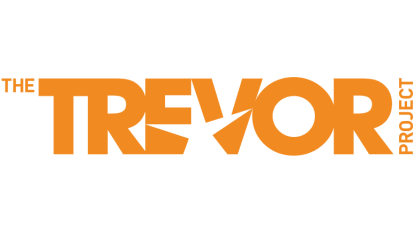 This organization is very close to my heart. I was that kid that was kicked out of their home Their trained counselors offer 24/7 suicide prevention and crisis intervention and support to LGBTQ+ young people through phone calls, texts, and also live chat. The Trevor Project is the world’s largest suicide prevention and crisis intervention organization for LGBTQ+ young people. They also offer training for allies.

I love PFLAG because it connects local families with LGBTQ+ youth and it has 400 chapters across the country so there’s probably one in your area. PFLAG is the first and largest organization for LGBTQ+ people, their parents and families, and allies. The organization was founded in 1973 after the simple act of a mother publicly supporting her gay son. Nationwide there are nearly 250,000 members and supporters crossing multiple generations of families in major urban centers, small cities, and rural areas. PFLAG works to create a world where diversity is celebrated and all people are respected, valued, and affirmed.

This nonprofit offers critical individual support for trans people across the country via its peer-support hotline as well as microgrants. Trans Lifeline was created for the trans community, by the trans community. Their services offer callers full anonymity and confidentiality and no nonconsensual active rescues (which can be especially important to many callers who may have had bad experiences with emergency services or law enforcement). Trans Lifeline works to connect trans people to the community, support, and resources they need to survive and thrive.

If you’re watching the news, you’ve probably noticed a lot of laws targeted at trans youth and trans existence. You’ve probably wondered what you can do. Supporting The Transgender Law Center is one of the things you can do. It’s the largest national trans-led organization advocating self-determination for all people. This nonprofit is grounded in legal expertise and committed to racial justice. They employ a variety of community-driven strategies to keep transgender and gender nonconforming people alive, thriving, and fighting for liberation.

The National Center for Transgender Equality is another great organization to support. They advocate to change policies and society to increase understanding and acceptance of transgender people. In the nation’s capital and throughout the country, NCTE works to replace disrespect, discrimination, and violence with empathy, opportunity, and justice. NCTE works at the local, state, and federal levels to change laws, policies and society.

Intersex kids (kids born with intersex traits) face a variety of hardships, (often from the moment they’re born), with harmful things like unnecessary surgeries and limiting beliefs about conforming to society’s expectations about gender. InterACT advocates for the legal and human rights of children born with intersex traits. This nonprofit is raising intersex visibility, empowering young intersex advocates, and promotiong laws and policies that protect intersex youth.

When LGBTQ youth who are experiencing homlessness seek local services, they are often discriminated against, or made to feel like they must conform to specific religious beliefs, gender roles, or other ideas about their identity. It doesn’t have to be like that. True Colors United works with communities and service providers to ensure these youth have access to the inclusive and affirming services they need. This nonprofit develops and implements systems at the community level, across the country, to prevent youth homelessness, while ensuring that any homelessness experienced is rare, brief, and one-time. They work at the federal, state, and local levels to ensure vital funding, policies, systems, and protections are in place that meet the needs of LGBTQ youth experiencing homelessness. They also collaborate with young people all over the country to ensure that youth-led policies, systems, and protections are in place.

Every day, the human rights and dignity of LGBTQ+ people around the world are abused in ways that shock the conscience. These struggles and resilience often remain invisible – or willfully ignored – by those with the power. OutRight Action International works alongside LGBTQ+ activists and organizations, diplomats, and policymakers, and other key partners to advance community-focused solutions to create lasting legal and social transformation. They work to combat the systemic violence, persecution, and discrimination that LGBTQ+ people face around the world. OutRight focuses its work where they can make the biggest difference. In addition to its work at the United Nations, they push for change in four regions in the Global South: Asia and the Pacific Islands, Latin America and the Caribbean, the Middle East and North Africa, and Sub-Saharan Africa.

• Ask your guild members to ask their workplaces to match donations (a common practice among many employers). This boosts your member’s giving and can make a big difference to the nonprofit.

• While you’re at it, look for LGBTQ+ nonprofits in your area and reach out to them as well.

Mathew Boudreaux, AKA Mister Domestic, is a social crafting powerhouse on a mission; to build an inclusive community that spreads love and joy through crafting. Although Mathew began sewing at a young age, his parents’ antiquated gender binary expectations discouraged him from fully expressing himself. But in 2013, after their daughter was born, Mathew’s spouse gifted him classes from “Modern Domestic” and it rekindled Mathew’s love of sewing and crafting. Soon Mathew was combining his love of crafting with his Portland State MBA and using the power of social media to create an inclusive brand all his own. Today Mathew is a fabric & pattern designer, sewing instructor, owner of the new online sewing school SEW U, an inspirational speaker, consultant, and global influencer with his TikTok, YouTube & Instagram nearing 600,000.

GET THE LATEST TUTORIALS &
CRAFTING FUN!!

Sign up for our newsletter to stay in the know about all things Mister Domestic.